You are viewing a preview version of this site. The live site is located at: https://jewishinsandiego.org

Join us for the largest annual gathering of Jewish men in San Diego from the comfort of your home!!

An $18 minimum donation is requested to attend this event.

Join us for an inspiring afternoon featuring engaging speakers and individuals touched most by Federation’s work. This year, attendees will gain access to our program with a minimum donation of $18 that helps support the work we do in San Diego, in Israel, and around the world.

Help make a greater impact for Federation by being an Event Ambassador. We will set up a peer-to-peer fundraising page for you and ask you to invite friends, family and colleagues to support your individual fundraising page. Share your passion for our community with your network and help them understand why you support Federation. Help your guests get excited for the event and create a spirit of camaraderie with your peers.

Please contact Molly Okun at mollyo@jewishinsandiego.org or call 858-737-7121 to learn more about becoming an Event Ambassador, or fill out this brief form to participate. Should you choose to participate, a peer-to-peer fundraising page will be created for you.

Named one of the 500 Most Influential People in Los Angeles in 2016 and again in 2017, Most Influential Rabbi in America by Newsweek and one of the 50 Most Influential Jews in the World by The Jerusalem Post, David Wolpe is the Max Webb Senior Rabbi of Sinai Temple. Rabbi Wolpe previously taught at the Jewish Theological Seminary of America in New York, the American Jewish University in Los Angeles, Hunter College, and UCLA. A columnist for Time.com, he has been published and profiled in The New York Times, Los Angeles Times, Washington Post’s On Faith website, The Huffington Post, and the New York Jewish Week. He has been featured on The Today Show, Face the Nation, ABC This Morning, and CBS This Morning. In addition, Rabbi Wolpe has appeared prominently in series on PBS, A&E, History Channel, and Discovery Channel. Rabbi Wolpe is the author of eight books, including the national bestseller Making Loss Matter: Creating Meaning in Difficult Times. His new book is titled David, the Divided Heart. It was a finalist for the National Jewish Book Awards, and has been optioned for a movie by Warner Bros. 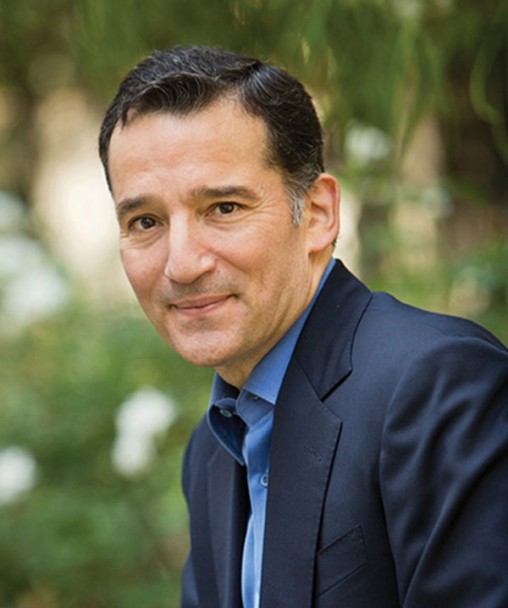